Mukhtar Ablyazov was apprehended by French police in Cannes and taken into custody. Information was spread that he was carrying a diplomatic passport of Central African Republic in the name of Marat Ayan.

According to the attorney Wojciech Mądrzycki, from the Supreme Bar Council, the arrest could have been facilitated with the use of the cell phone of Alexander Pavlov, Ablyazov’s personal bodyguard, whose trial in Madrid was observed by Mądrzycki. This item disappeared from a police security deposit under mysterious circumstances.

In late May, during a police raid on a villa outside Rome, Ablyazov’s wife, Alma Shalabayeva, also presented a diplomatic passport of the Central African Republic. The document was issued in the name of Alma Ayan. 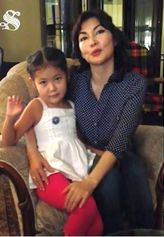 The purpose of the special operation carried out by the DIGOS unit, conducted in late May on the outskirts of Rome, was to find Ablyazov. In his absence, Alma and 6-year-old Alua, Abyazov’s wife and daugther, were detained. Subsequently, they were deported within 72 hours to Kazakhstan facing charges of using a false passport.

On 12 July, the Italian government decided that the deportation should not have been carried out and repealed the decision regarding the issuance of the deportation order. The passport proved to be authentic.

Alma Shalabayeva and Alua Ablyazova are currently residing in Kazakhstan. The woman is facing charges of corruption in connection with the issuance of passports to her family. Should she be convicted and sentenced to imprisonment, her daughter will be sent to an orphanage.